Chatting with Bruce Tate the author of several books, particularly Seven Languages in Seven Weeks was an unforgettable experience. 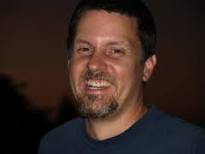 Bruce Tate was in Bangalore last week for a Functional conference. Attended his workshop on Elixir in the morning. Elixir cleared lot of my suspicions about Scala language and yes, opened doors to the new one. It was a very small but fun-to-be-with group writing some Elixir code with Bruce. In the afternoon, Bruce and I had a nice chat about his experience working with several languages and books.

You can read the interview in the november issue of the HealthyCode magazine. It would definitely be an eye-opener for the developers who get married to one programming language in their long career.